With Russia’s invasion of Ukraine on February 24, 2022, major economies including the US, EU, the UK, Japan, and Canada imposed tough sanctions on Russia. The countries banned secondary trade in Russian government bonds, exports of vital technology to Russia, interactions with top Russian banks, and froze assets of several Russian elites living abroad. The certification of the Nord Stream 2 gas pipeline was also stopped by Germany.

On February 26, the Western powers sanctioned the Central Bank of Russia (CBR), making it difficult for the bank to access its $630 billion in foreign currency reserves. The action was aimed at making it tough for the CBR to defend a plunging ruble. According to the Russian government, $300 billion of its reserves are unusable due to the sanctions. Some Russian banks were also banned from accessing the SWIFT financial system.

Market Reactions to the Sanctions

The financial markets initially fell sharply, given the uncertainty of the war and the countersanctions that might be initiated by Russia. Global equities plunged, especially European stocks, as did US and EU bond yields. Simultaneously, there was a surge in safe-haven currencies like the US dollar and Japanese Yen. Oil and natural gas prices reached historic highs over the next few weeks.

The sanctions on the CBR drove the Russian ruble down over 40% against the US dollar on the first day. The CBR raised its benchmark interest rate from 9.5% to 20%, to protect citizens from increased inflationary risks. It also suspended trading on the Moscow Stock Exchange for weeks, as the sanctions led Russian equities to decline sharply. In its March meeting, the CBR hinted that interest rates could go higher after evaluating market reactions and inflation levels.

However, despite the initial market jitters, the global financial markets stood firm outside Russia. Only stocks linked to Russia suffered setbacks. The European Banking Authority said that only 0.3% of bank books had exposure to Russia and Ukraine, which is worth around €90 billion. However, the authority pointed to a broader risk. Higher inflation and a worsening economic outlook could have an impact on borrowers’ repaying capacities.

Trading resumed on the Moscow Stock Exchange on March 24, 2022, in 33 of the 50 stocks that constitute the benchmark index (MOEX) in a short session. There were many restrictions in the backdrop. But amid all this, the benchmark index rose 11.8% in the morning session. By April 4, the Russian ruble had bounced back against the USD, trading at pre-war levels.

There are talks of currency manipulation and inflated values as people are not allowed to unload the ruble. Soaring energy prices have also pushed the Russian currency up. With European countries facing pressure to make payments in rubles for Russian imports, the value of the currency could get a further boost going forward.

Overall Market Impact of the Sanctions

The conflict is a significant humanitarian crisis. Beyond the suffering, the global economy will reel under the impact of inflationary pressures and slower growth. There are 3 main channels through which the impact will flow. First, the exorbitant commodity prices, like that for energy and food, will push inflation up. Secondly, supply-chain disruptions with neighbouring countries will hurt companies and again add to cost pressures.

For instance, Ukraine and Russia account for almost 25% of the global trade in grains. Ukraine and Russia make up 30% of the global wheat exports. The supply of wheat will become very complicated and lead to food shortages. Ukraine’s corn exports would flow through Black Sea ports like Odesa and loaded on to ships towards Asia and Europe. With ports becoming a key target, only a small amount of corn is being exported by Romania and Poland through rail routes.

Thirdly, business confidence will decline, and investor uncertainty will negatively impact asset prices. This will lead to capital outflows from emerging markets and tightening of financial conditions.

Beyond Europe, many neighbouring countries, like those in Central Asia and some Pacific Islands, will face the impact of higher energy prices. Moreover, their close trade and payment system links will have an impact on remittances, tourism and trade, external and fiscal accounts, impacting economic growth.

Companies That Will Lose Due to the Sanctions

The Western powers have imposed sanctions on one of the largest Russian banks, Sberbank. Moreover, Austria-based Sberbank Europe AG was liquidated according to local insolvency laws. Its shares in its Slovenian and Croatian subsidiaries were transferred to other firms in these countries. This has negatively impacted its stock price and financial stability. Sberbank last declared a dividend of RUB 18.70 on March 19, 2021, ex-div date May 11, 2021. It is not expected to pay dividends anytime soon.

Companies like Evraz, Polymetal International, Raven Property Group and Petropavlovsk have been delisted from all FTSE indices. Investors in the West will be unable to invest in these companies, hurting their financing. Evraz Plc. cancelled its dividend payout of $0.50, declared in February 2022, and won’t be paying any further dividends in the near term.

Another company expected to bear the brunt of the shelving of Nord Stream 2 is Gazprom. In February, British oil giant Shell Oil exited its joint ventures with Gazprom. Another British oil giant, BP, also exited Russian company Rosneft, in which it had a 19.7% stake. Both Rosneft and Gazprom last paid dividends in 2021 and are not expected to pay dividends in the near future.

Companies That Stand to Gain from This Conflict

Western countries, especially the US, have been sending military aid to Ukraine. Defence stocks surged after the initial invasion. Companies like Raytheon Technologies, Lockheed Martin and General Dynamics stand to gain from this. 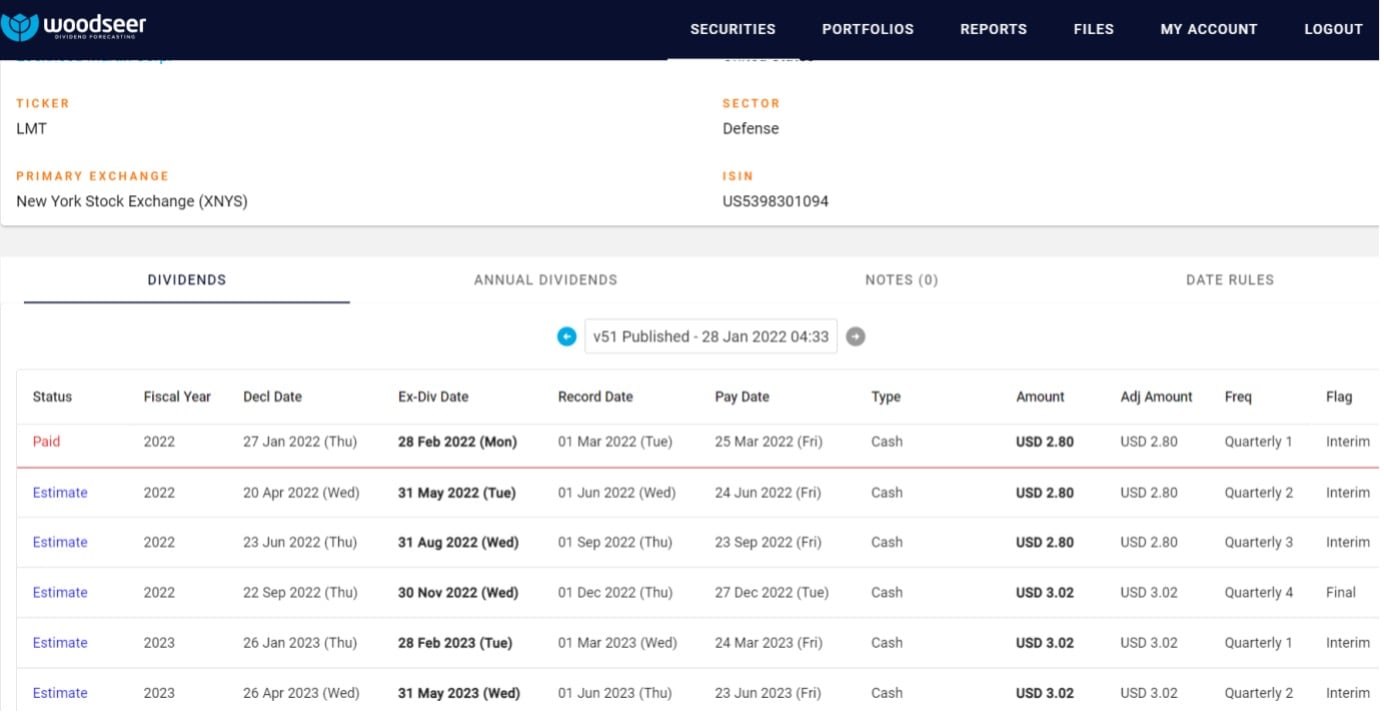 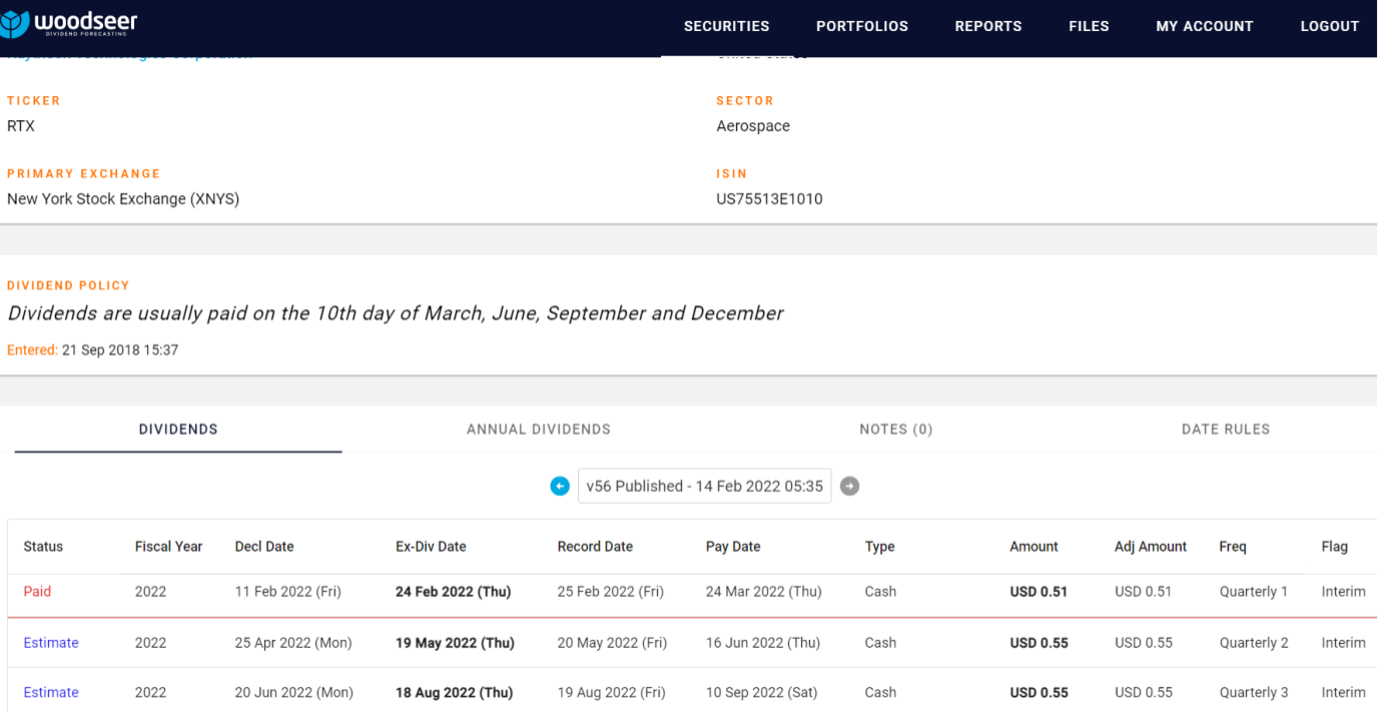 Russian gold mining companies are expected to deliver strong results in 2022, despite the sanctions. They will benefit from the devaluation of the Russian ruble. The country is the third-largest producer of gold, and most sites have continued operations even with the CBR setting high interest rates. Some notable companies include PJSC Polyus' Olimpiada, Nord Gold PLC's Gross, and Kinross Gold Corp.'s Kupol.

Lastly, oil and natural gas companies, such as BP, Shell, Exxon Mobile and Chevron, will benefit from the huge rise in energy prices. Analysts are still bullish on the sector, and investors are buying these stocks, leading to a surge in stock prices. Exxon Mobile Corp is expected to declare a dividend of $0.88 on April 27, 2022, ex-div date of May 12, 2022. 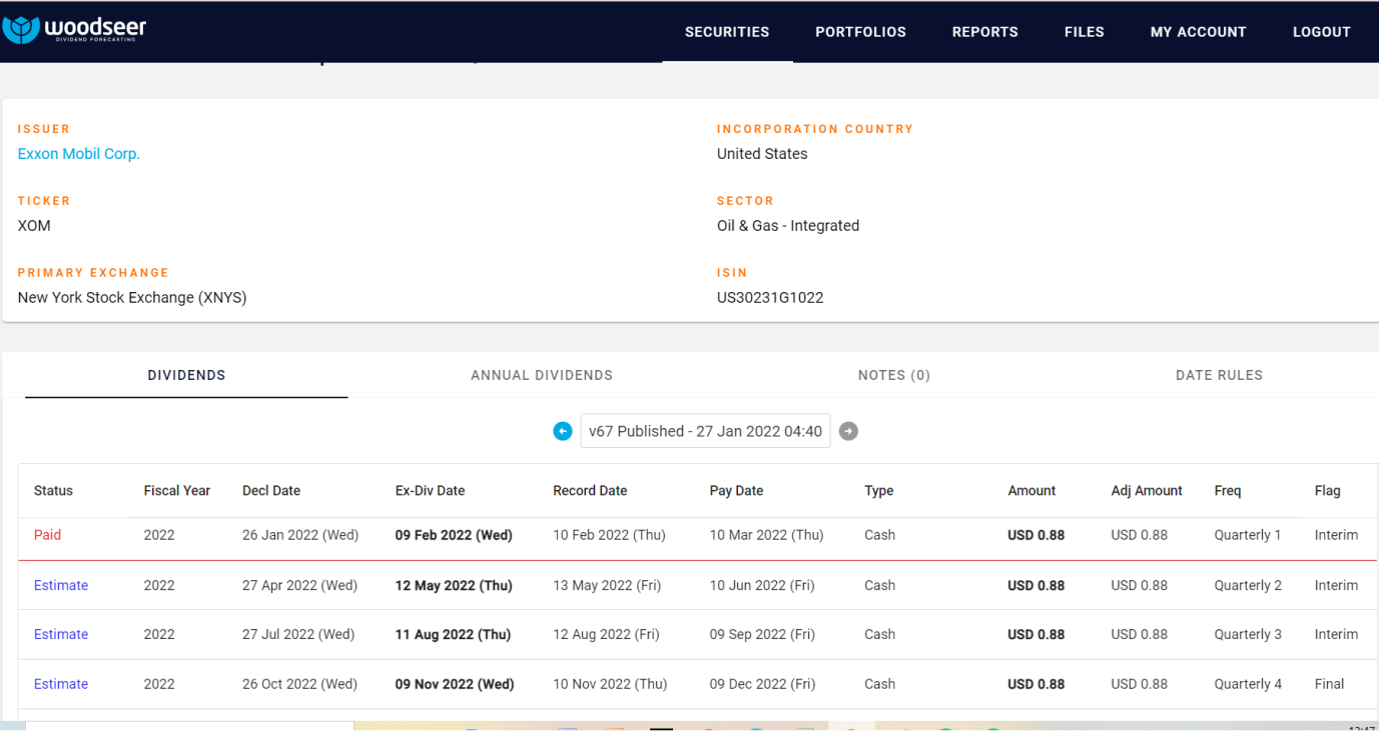 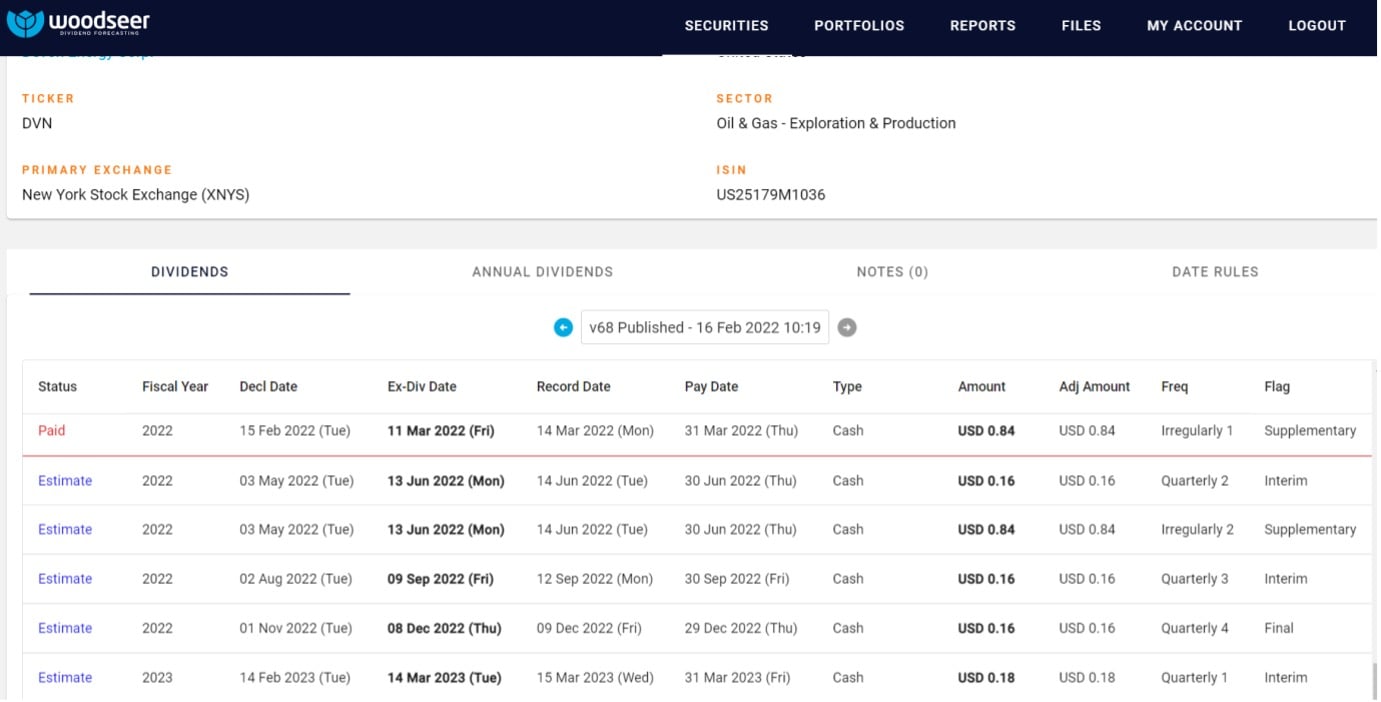 Many factors will determine the economic impact of this war. Uncertainty still exists regarding the outcomes, and the probability of more sanctions and countersanctions being imposed. This uncertainty will increase commodity prices and the value of safe-haven assets. It will also increase the cost of doing business. Supply chain disruptions will impact crucial investment decisions. Surging oil prices will hurt the purchasing power of consumers and companies. Plus, the financial markets could experience further volatility if a new strain of Covid-19 rises amid this chaos.

Woodseer Global is prepared with its analyst+AI methodology to offer accurate and timely dividend predictions even in this climate. Our hybrid approach gives accuracy at scale and is trusted by the world’s largest investment firms. Contact us to learn more.

With thanks to Matthew Riding, Cedar Cianciulli & Miranda Bass 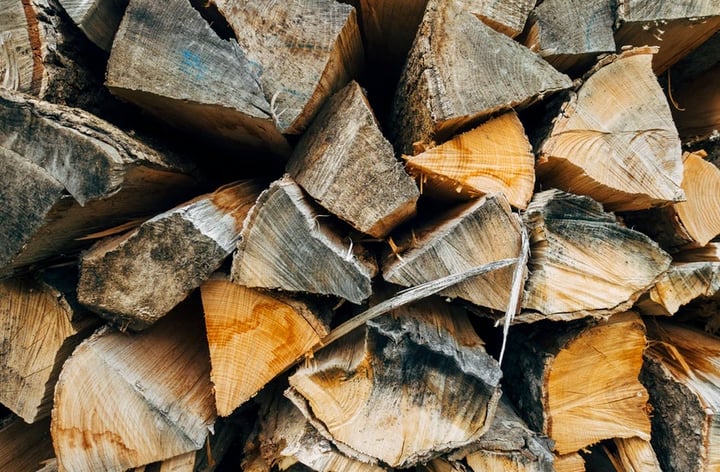 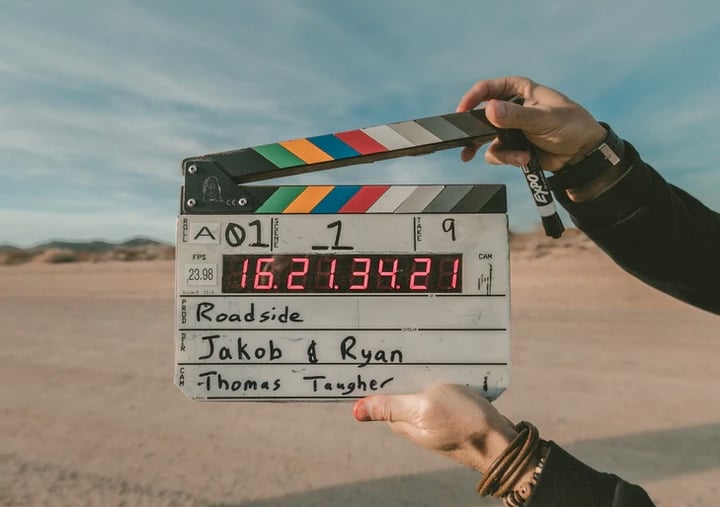 The Supply Chain Disruption and How It Affects Dividends 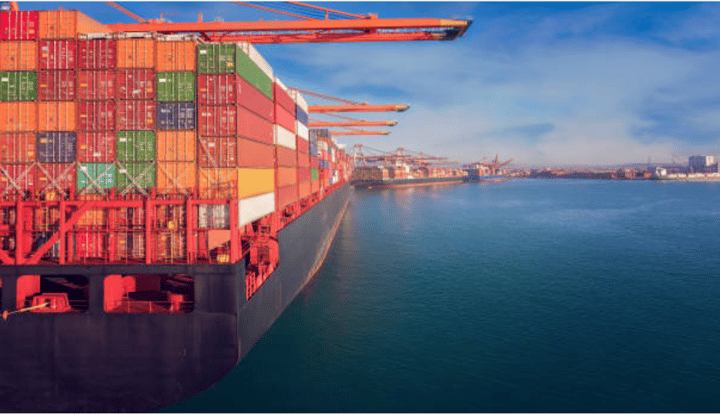